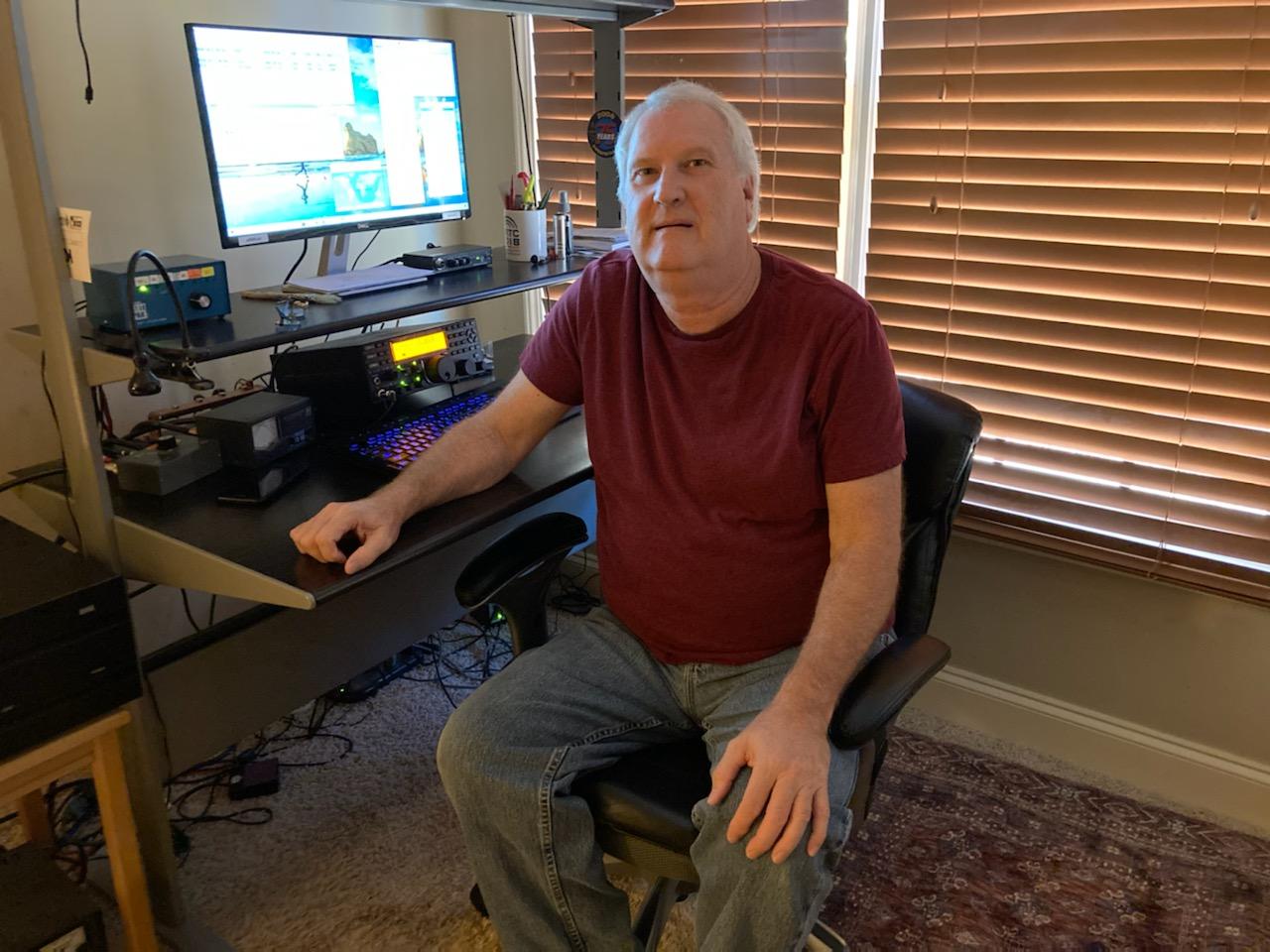 I developed an interest in amateur radio when I was a freshman in high school. The first day of school all of the school clubs were setup in the cafeteria trying to recruit new students. I had an interest in listening to shortwave radio stations so I joined the radio club. I started going after school to learn the morse code which was being taught by the faculty advisor for the radio club. I also bought a study guide to study for my Novice license. Later that year I took a city bus down to the FCC office in downtown Cleveland, Ohio to take the exam. I ended up passing and about a month later I received the callsign WN8ALG. The FCC then changed my callsign to WD8ALG. Shortly after that I passed both my General and Advanced class license exams. A couple years later I drove to the Detroit, Michigan FCC office and passed the exam for the Extra class license and was issued my current call sign of KU8E.

We had a nice club station at Euclid High School. I was able get to permission slip to go play radio in the radio room, instead of going to study hall. My dad also became interested in amateur radio around this time and got his license as well. He was issued the call sign WD8CDA. He later changed his call to W8CDA. The benefit of this was my dad bought a ham radio transceiver, a Yaesu FT101E, so I was able to use it and get on the air at home. A radio transceiver was beyond the budget of a typical teenager. At first we had just wire antennas at home. Later on when I got my first job after graduating from high school I bought a Hygain TH-2 tribander beam, which we put on the chimney of our house. Around that time I bought a used Heathkit SB-200 amplifier from a friend of mine Jim Stahl, K8MR. Later on I went to college at The Ohio State University and spent a lot of time operating at the club station W8LT. After graduating from OSU I bought a small house in Columbus, Ohio and was able to setup a small station from home. In 2003 we relocated to Columbus, Georgia when I started working for a company there.

Thru my friendship with K8MR I became interested in an amateur radio activity called radiosporting . Many of my current radio friends are contesters that I've become friends with over the years. Many of these friends host contest operations where you can guest operate or be part of a team. I've also operated radio contests (also known as DXpeditions) from outside the United States. Most of these operations have taken place in the Caribbean. In 2006 I had the opportunity to travel to Brazil to be part of the World Radio Team Championship. (WRTC) where John Laney, K4BAI, and I were a team using the callsign PW5Y. Our team came in 22nd place in the competition.

My major interest is CW contesting and DXing. I've never had a large station at home, but I've been part of many multi-op and single-op contest operations. Some of the stations I've operated from include KS8S, W8LT, WM4T, W4ZN, W8FN, W8AV, K8CC, K3LR, N2NU, KW8N, NQ4I, PJ2T, PJ4G, WW4LL and W9SN. Since 2007 I've made a trip to the island of Bonaire, off the northern coast of South America, to operate as PJ4A in the CQWW DX CW Contest. Prior to that starting in 2003 I operated as PJ4R and PJ4A in the ARRL DX CW Contest. I've also operated the IOTA contest several times from the Georgia coastal islands (NA-058) using portable antennas. I'm the director of the Georgia QSO Party. Prior to moving to Georgia I helped restart the Ohio QSO Party in the late 1990's. Since getting involved in State QSO parties I've become interested in going rovering in them. With my friend K4BAI we usually do a rover operation every year in the Georgia, Florida and Alabama QSO parties using the South East Contest Club call sign W4AN. 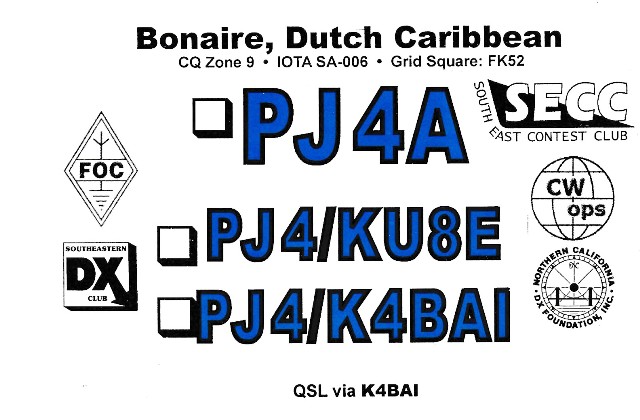 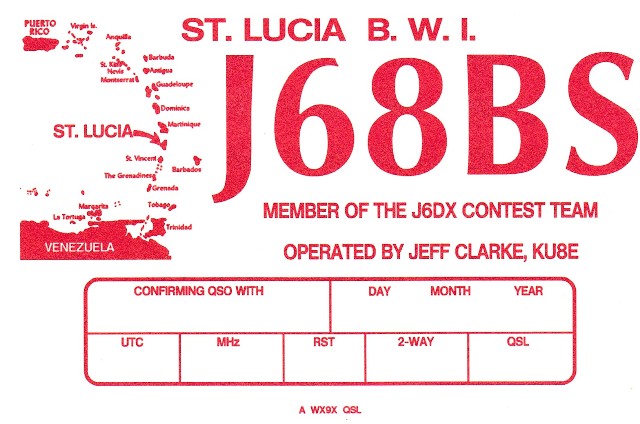 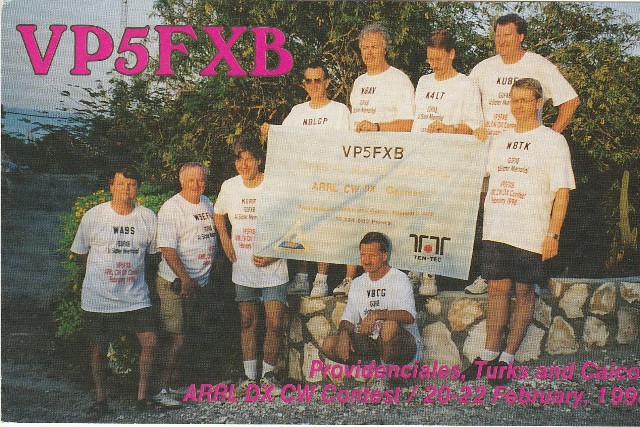 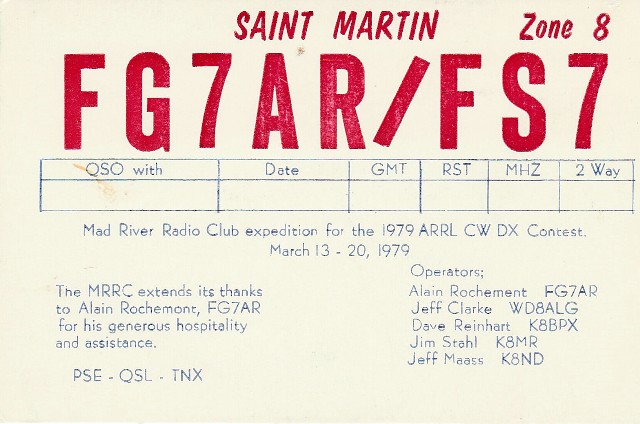 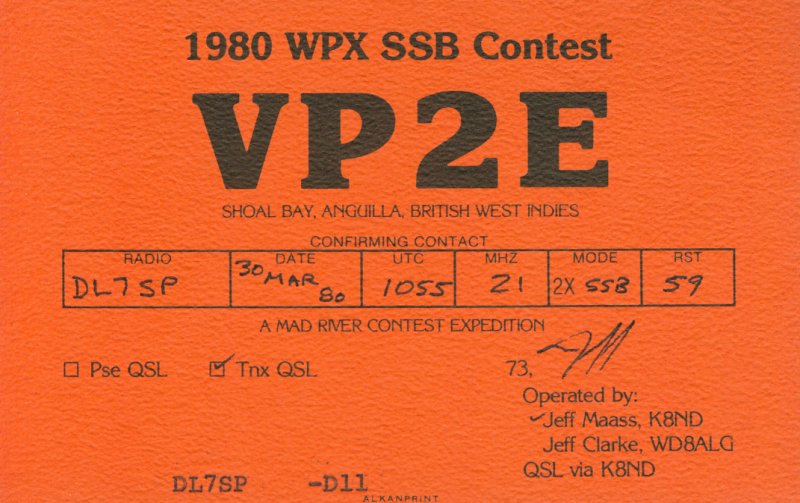 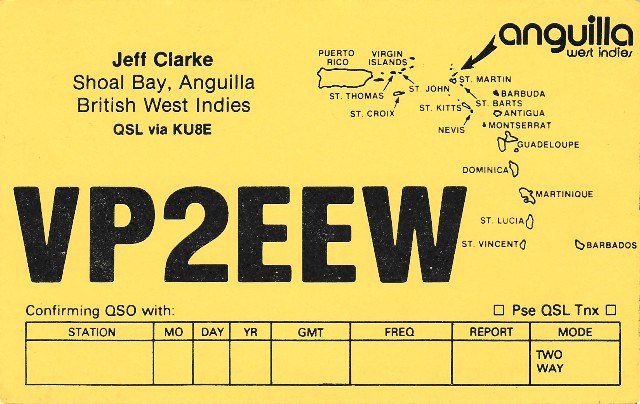 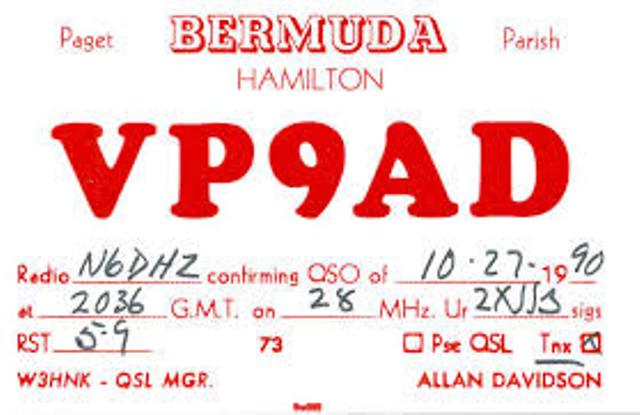 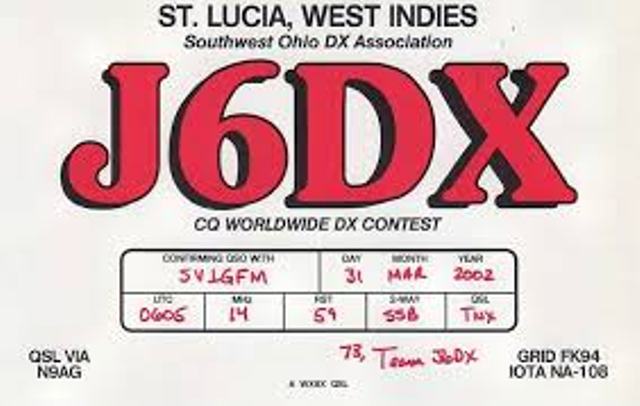 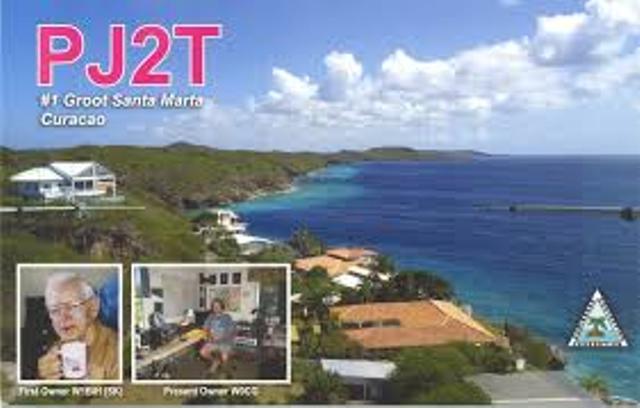 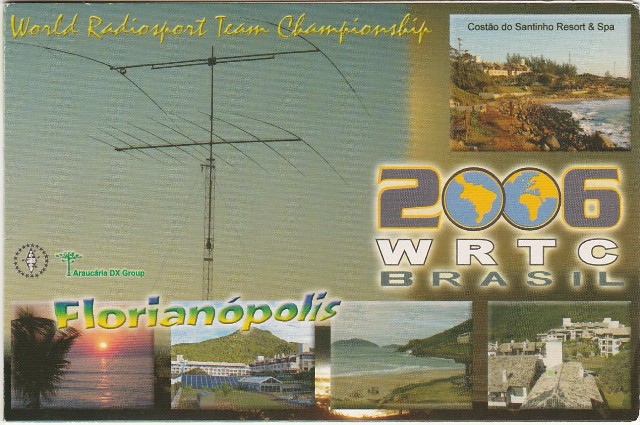 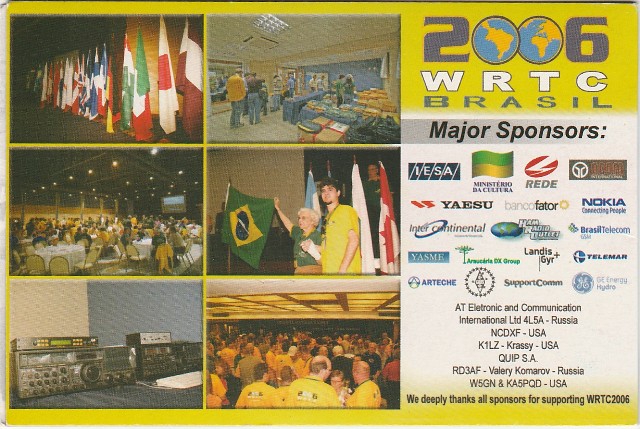 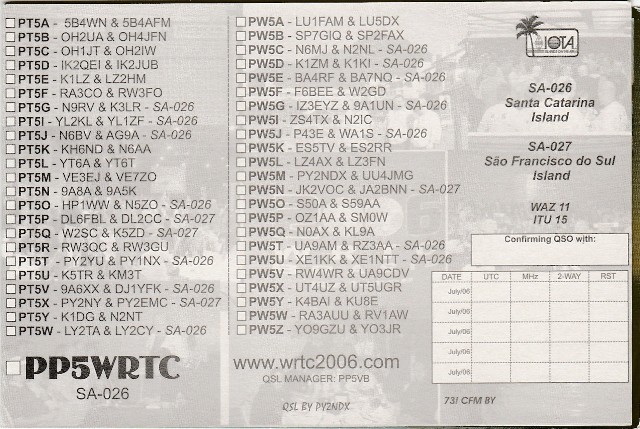 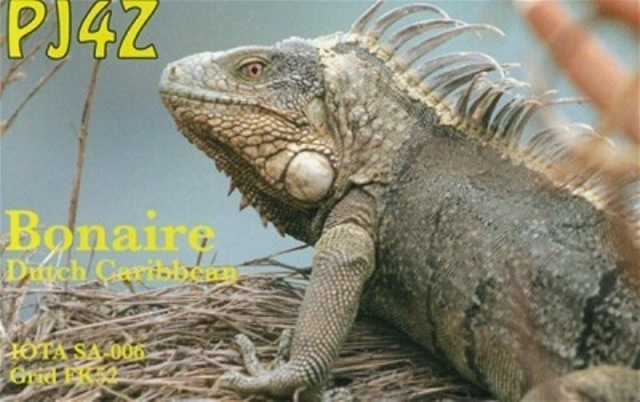 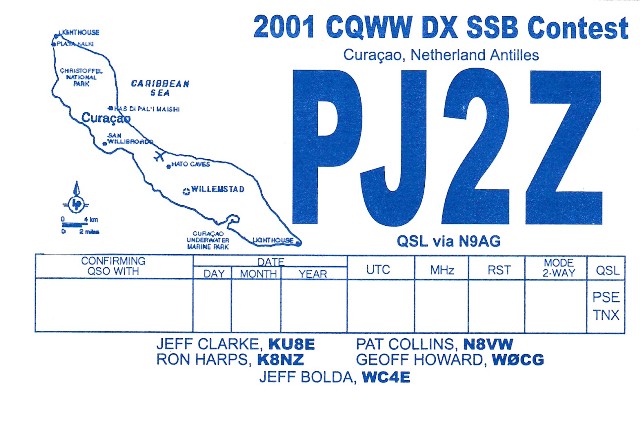 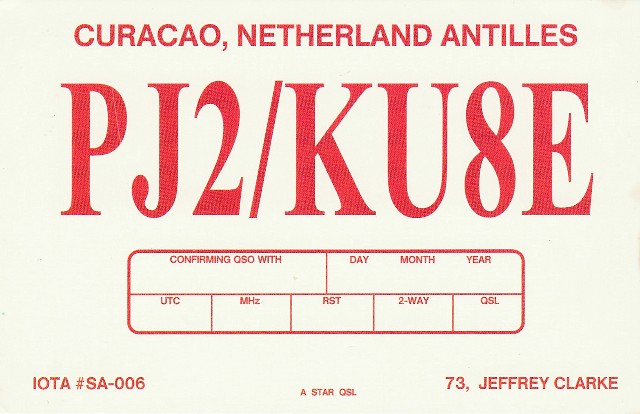 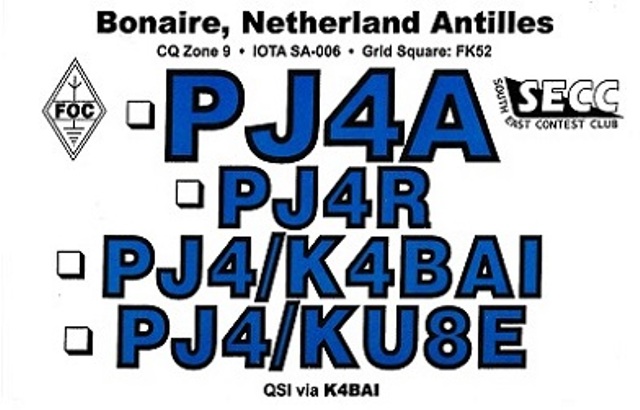 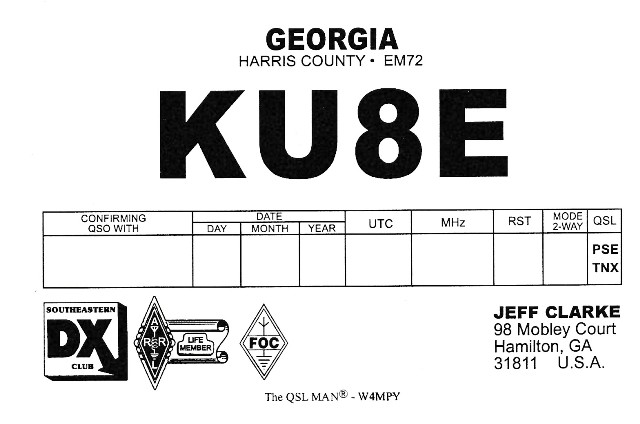 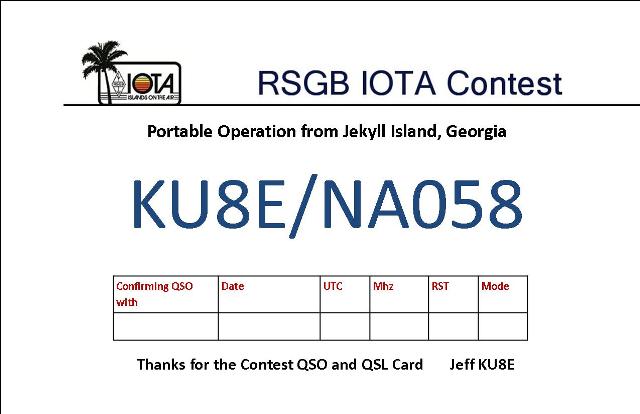 This web page was created by Jeff Clarke.